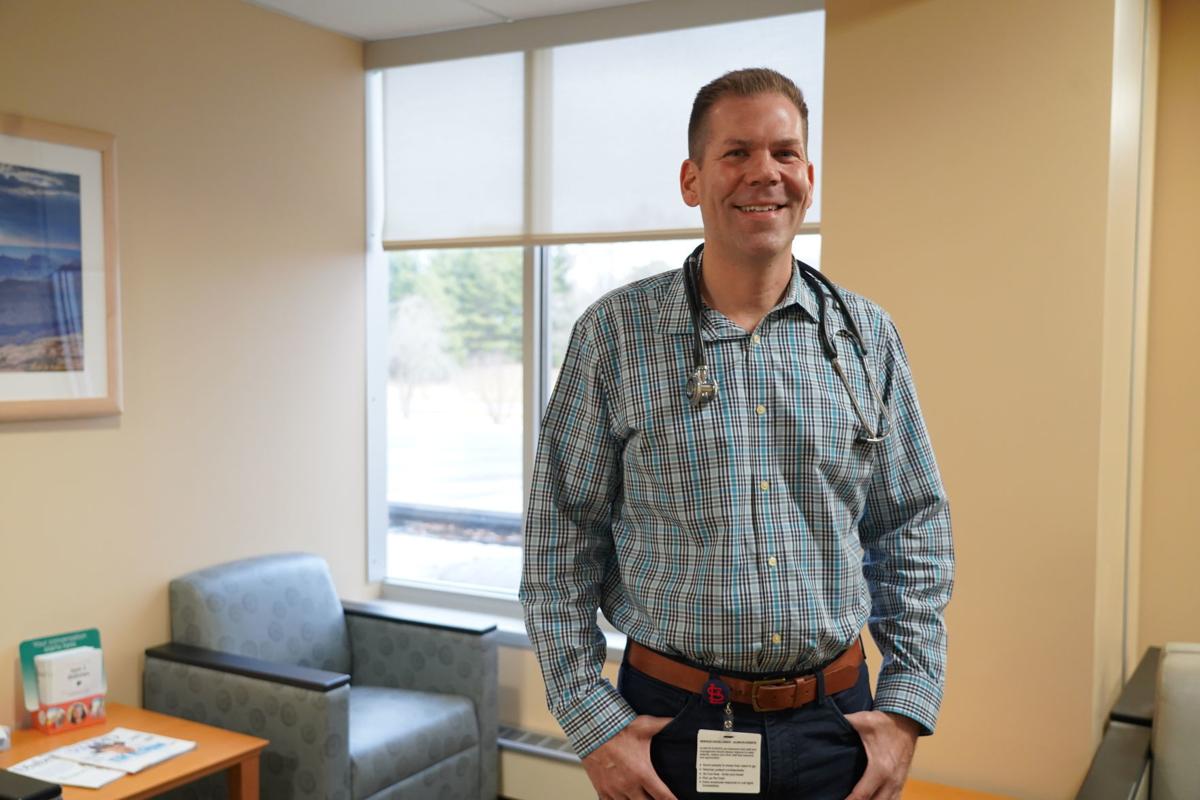 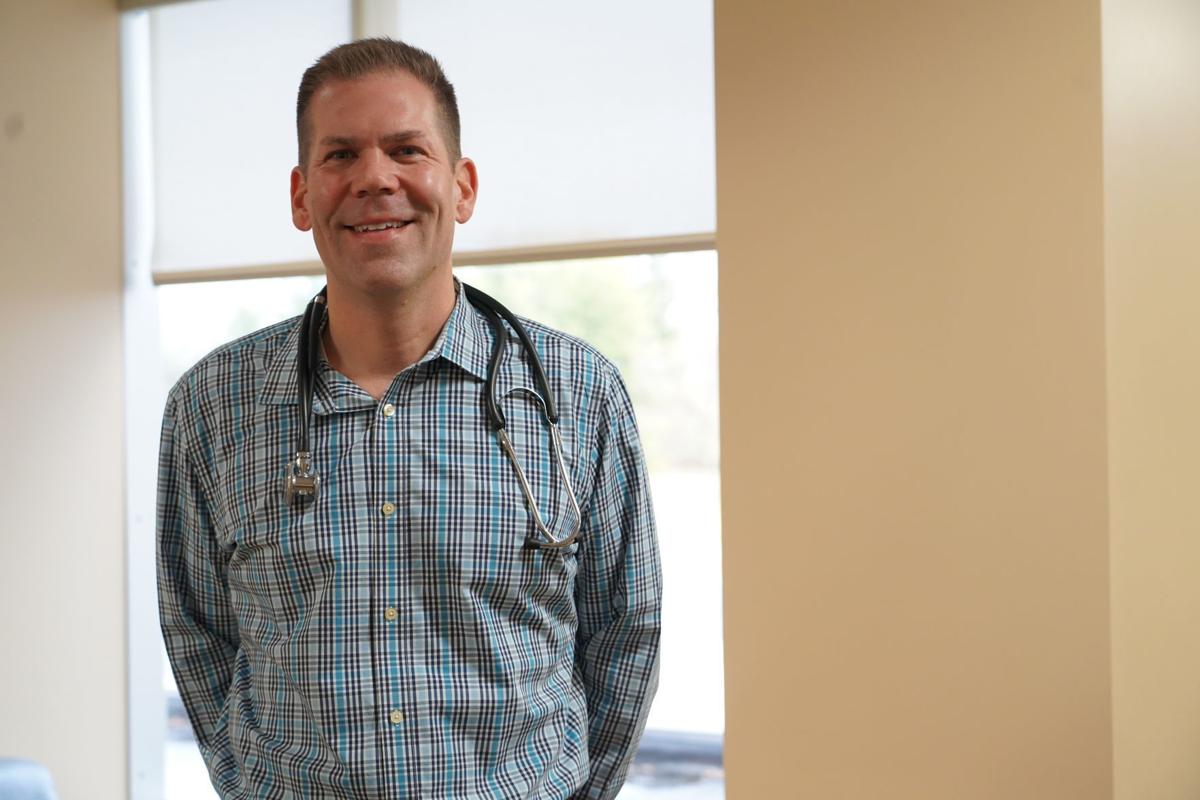 Dr. Jeffrey Lehman grew up in the central part of the state. However, Southern Illinois’ outdoor beauty drew him and his wife, Dr. Kelly Higgins, to settle here. They met during medical school at Southern Illinois University School of Medicine in 1997. As chief resident, she was his “boss” the final year of his residency.

Asked if she was still his boss, Dr. Lehman smiled and answered in the affirmative.

Dr. Lehman practiced in Springfield for five years before returning to Carbondale in 2012. He credits longtime friend Dr. Clare Fadden Williams with helping his family make the decision.

The group had met for dinner in Carbondale one weekend, and Dr. Lehman remarked he and his wife would like to practice in the area.

The following week, they received a call from Southern Illinois Healthcare physician recruitment — and the rest is history.

Dr. Lehman’s love for immunology was birthed in graduate school. He credits his master’s thesis adviser, Sean Arkins, for his influence.

“We became extremely close as I was his first grad student and I am even his son’s godfather. He moved to Ireland and we have visited him a few times. I have a particular interest in treating children and adults with primary immunodeficiency disorders. During my fellowship, I was fortunate to be involved with one of the largest immunodeficiency clinics in the country at St. Jude Children’s Research Hospital in Memphis. We were exposed to patients with extremely rare cases that came from all over the world.”

A case that stands out for Dr. Lehman in his current practice involved a 3-year-old from a Middle Eastern country. The child experienced an extremely severe case of vaccine-related chicken pox.

“She was sent to me for immunodeficiency evaluation. I found that she did not have any lymphocytes (white blood cells that protect from infections). I diagnosed her with an extremely rare immunodeficiency called Purine Nucleoside Phosphorylase Deficiency (PNP deficiency). There are only about 30 cases reported in the medical literature. It is so rare that even the world expert in PNP deficiency at Duke wasn’t sure what to do. These were the type of cases I saw at St. Jude, so I never imagined I would be diagnosing someone locally with a rare immunodeficiency.”

You have run out of free articles. You can support our newsroom by joining at our lowest rate!
Loading&hellp

Thanks for being a subscriber.

Keep reading for FREE!
Enjoy more articles by signing up or logging in. No credit card required.

He and his wife have two children, 12-year-old Lauren and 9-year-old Will. This past summer, both Dr. Lehman and Dr. Higgins coached their children’s softball and baseball teams.

Lehman serves on the Giant City School Booster Club Board and is a member of the Knights of Columbus in Springfield.

“We love it here. There are so many things to do outdoors.”

When he is not working, he enjoys spending time near the family pool, golfing, working in his vegetable garden, and visiting area orchards and wineries.

“We have friends who own an orchard and we enjoy going out with them on the side-by-side.”

The family enjoys living in a college town and holds season tickets to SIU basketball and football.

“We also love to travel and have been to 12 different countries and plan to go to several more. I also love eating fast food. It is my weak spot. Fortunately, I don’t eat it much anymore especially since I have children. I want them to eat healthy and not develop the same unhealthy eating habits as me.”

His career choice has allowed him to help so many people, regardless of their age.

“We can make a large impact on someone’s quality of life when we can find out what’s wrong and what can be changed to make them feel better.”

He said some patients undergo allergy shots for four or five years — and that can make all the difference in how they feel.

At the end of the day Lehman said, “Making people feel better, that’s what it’s all about.”

MEDICAL PROFILE is a series of paid advertorials provided by Southern Illinois Healthcare.

We'll send breaking news and news alerts to you as as they happen!

Read The Rest at
thesouthern.com

Regulation of heterotopic ossification by...