The list of high quality bidding units in South China for SMM in 2021 has been announced! You are invited to witness the licensing ceremony.

At the 2021 (9th) Silicon Industry Summit held solemnly by SMM, Xu Yongxian, director of Guangdong Silicon Fluorine New Materials and equipment Industry Research Institute, analyzed many aspects, such as the obvious transfer trend of global silicone production capacity to China, the reasons for the upsurge of silicone market, the analysis of silicone DMC manufacturing cost, the strong demand driving silicone DMC production increasing year by year, and so on. 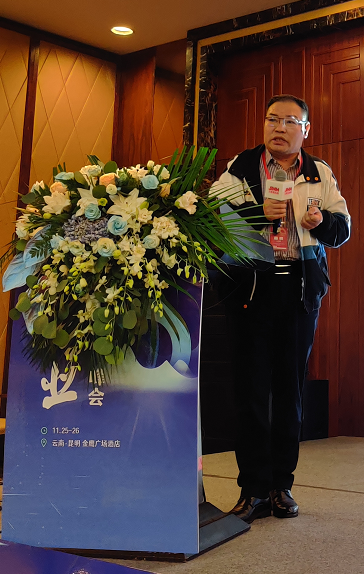 The trend of global organosilicon production capacity transfer to China is obvious.

China has changed from a net importer of organosilicon to a net exporter since 2014. in 2020, exports of organosilicon totaled 243000 tons, an increase of 8.5 percent over the same period last year, and imports increased by 2.9 percent over the same period last year. Nowadays, China has become a big country in silicone production and consumption, and the advantages of domestic silicone products are becoming more and more prominent.

Over the past five years, China's DMC prices have changed with the changes in the relationship between supply and demand, fluctuating up and down, and fluctuating greatly. As the influencing factors of the market are complex and changeable, and unexpected events disturb the normal rhythm of supply and demand, the overlap of prices in the same period in the past five years is not high, and the performance is weakened in the off-peak season. Since the second half of 2016, the relationship between supply and demand has been optimized, and DMC prices have bottomed out and rebounded, and the rise has continued until mid-2018, with the highest point of DMC rising to 35000 yuan / ton. This round of rapid price rise eventually led to the transfer of downstream terminal costs is not smooth, with MS glue-based substitutes entering the market, the relationship between supply and demand is gradually out of balance, the price is high back, and then the market enters a shock consolidation period.

In 2020, under the influence of public health events, the demand for organosilicon grew rapidly in the second half of the year, while the prices of raw material silicon and methanol rose greatly. DMC prices rose again, rising from 15600 yuan / ton to 34500 yuan / ton, and then due to the poor transfer of downstream costs, the sharp decline in demand led to a high price correction. The market price of DMC in 2021 showed an overall upward trend, unplanned parking caused by emergencies, less than expected production of new production capacity, and insufficient supply of raw material metal silicon disturbed the normal supply rhythm of DMC. In the post-epidemic era, domestic and foreign trade demand maintained a growth trend, and the tight balance between supply and demand of DMC became the norm. During the year, prices rose more and fell less, and high prices broke through the new high of nearly a decade. 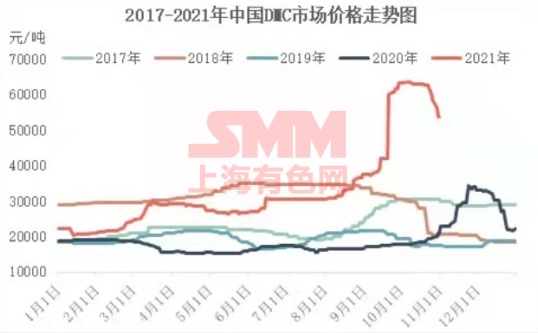 The main reason for the upsurge of silicone market?

Downstream demand increased, exports increased, resulting in a shortfall of about 45600 tons, the new plant put into production is not ideal, further causing market panic, leading to a further rise in prices.

This year, the production capacity of organosilicon monomers increased by 30.64% compared with the same period last year, the highest growth rate in the past decade. The silicone plate continues to rise strongly, and the industry is generally optimistic about the market in the second half of the year, believing that the current silicone prices are relatively healthy and persistent, and it is difficult for the market to reverse. As for the potential negative factors, they are mainly focused on new capacity, but consider that most of the releases will be concentrated in the Q4 quarter of 2021, which is not expected to have a significant impact on the market until next year.

The relationship between supply and demand: the strong demand drives the output of silicone DMC to increase year by year.

From the demand side, in the past ten years, the demand for organosilicon products in China is more exuberant, and the demand has maintained a rapid growth. According to statistics from the silicon branch of the China Nonferrous Metals Industry Association, China's apparent consumption of organosilicon in 2020 was 660000 tons, an increase of 11.0% over the same period last year. The CAGR for 2015-2020 was 11.1%.

With the gradual promotion of China's economic transformation, the rapid improvement of residents' income level, and the steady implementation of the national strategy of "made in China 2025" and "Belt and Road Initiative", it is expected that China's apparent silicone consumption will still maintain medium-and high-speed growth. Not only in traditional industries, but also in emerging industries, luminescent silicone materials continue to play the role of "industrial monosodium glutamate" in the national economy because of their excellent properties, and are widely used in construction, electronics, textiles and clothing, energy, medical and health industries and so on. Affected by the epidemic in the first half of 2020, the traditional demand such as the automobile industry has been hit hard, but China has properly prevented and controlled the epidemic, exports have exceeded expectations, and its traditional demand has improved.

Today, the domestic DMC market offer is clear, but the high and low offer saws are larger. It is understood that at present, the inventory pressure of each single factory is gradually increasing, and the willingness to ship goods is strong, and today's offer is generally lowered. However, under the poor order and cautious wait-and-see mood of the downstream terminal, the willingness to take the goods is not strong, and there is only a part of the rigid demand in the market to replenish the position. The trading volume is on the low side. The price of raw material metal silicon is also gradually falling, but the inventory of high-priced raw materials in the early stage of the monomer plant has not yet been consumed, so most of them fall into losses. At present, the downstream still needs time to consume high-priced raw materials and reduce the inventory of finished products. Before that, it is expected that the willingness to prepare goods is not high. Today, the mainstream offer in the domestic DMC market is 32000-32300 yuan / ton, and the firm offer is profitable.

Metal silicon: the domestic metal silicon market turnover is light, the overall price continues to fall, the metallurgical grade product price drop is bigger, the chemical grade product price drop is small. The main reason is that downstream aluminum alloy and silicone enterprises purchase collective wait-and-see and traders and small silicon factories sell goods. In the field of polysilicon, limited electricity and other factors, the output only maintained the previous level, and there was no significant increase. In the later period, due to power cuts in Xinjiang, Yunnan, Sichuan and other places, it is expected that the price of silicon metal will continue to fall with limited space.

Methanol: the methanol market in the north-central part of Shandong Province fluctuates. The main local production enterprises quoted 3300 yuan / ton; it is reported that individual downstream bidding in Texas in the morning was 2930-2940 yuan / ton. The decline in futures affects the mentality and pays attention to the mainstream bidding trends in the afternoon.

At present, the demand of the domestic silicone market is still in the doldrums, today's price reduction is difficult to stimulate the enthusiasm of the downstream to pick up goods, and the upstream and downstream of the industrial chain need time to consume high in the early stage.

The Prospect of silicone in 2021

The consumption level of silicone is closely related to the level of economic development. The United States is the world's largest consumer of silicone products, accounting for about 35% of the global silicone market, followed by Europe with about 33% and Japan accounting for about 15%. Due to the difference of industrial structure, there are some differences in silicone consumption structure among countries all over the world. In the United States, silicone oil is mainly used in cosmetics, papermaking, industrial defoamers, etc., and the market of silicone rubber is mainly in the fields of construction, automobile and electronics / electrical appliances. Japanese silicone oil is mainly used in cosmetic crystals, coatings and textiles, while silicone rubber is mainly used in construction, electronics / electrical appliances and automobiles.

Read The Rest at
news.metal.com